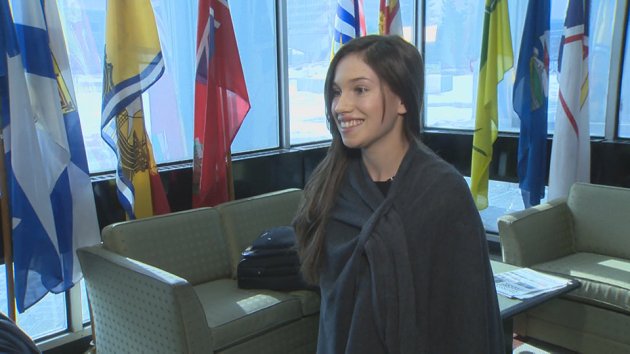 McDonald’s and Monsanto Are Both ‘Losing Money Fast’ | Natural Society

McDonald’s and Monsanto Are Both ‘Losing Money Fast’ | Natural Society. 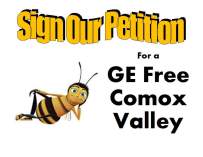 We are opposed to the growing and raising of genetically engineered plants, trees, and animals. We ask our local governments to do all in their power to protect their citizens, land, and water from the serious, negative and unknown effects of genetic engineering.

The small BC company called Okanagan Specialty Fruits has asked the Canadian government to approve a genetically modified (GM) “non-browning” apple – it does not brown when you slice it, for 15 days or more. The company says the GM apples “have more eye appeal: no yucky browning”. It could be approved in 2015 but 69% of Canadians don’t want it approved. Consumer rejection and possible contamination from GM apples threatens the future of our apples, and the farmers who grow them. 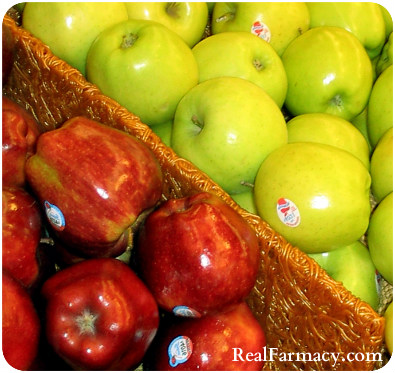 Today, the U.S. Department of Agriculture (USDA) let down U.S. apple growers and the public by wasting resources on a useless and risky food. To make matters worse, these new genetically engineered apples are NOT required to be labeled and consumers will not know that the sliced apples they are feeding to their children have undergone genetic modification. What’s more is that this genetically engineered specialty fruit has been created to prevent apples from browning over time, as if that is an important issue worth harming the environment and consumer health.

via USDA Approves GMO Apples. Here’s How to Know The DifferenceREALfarmacy.com | Healthy News and Information.

Largest Honeybee Loss Ever Recorded In The United Kingdom | Collective-Evolution 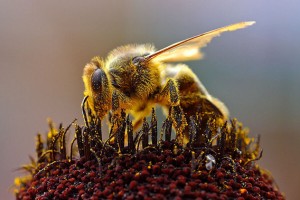 The link between pesticides and bee deaths cannot be argued. It has been published in a number of peer-reviewed journals that show how widely used pesticides have a very damaging effect on bees. A new paper published in the journal Nature shows how bees are twice as likely to die when exposed to pesticides; two-thirds of the bees are lost when exposed compared to a third when not exposed. The exposed bees are also half as successful in gathering food. The exotoxicology tests only looked at honey bees, and failed to include bumblebees. Bumblebees are just as important in providing the required pollination to create much of the food we consume. You can read more in the journal Nature here.

via Largest Honeybee Loss Ever Recorded In The United Kingdom | Collective-Evolution.

Moms Across America at Monsanto’s AGM and …won

Moms Across America founder Zen Honeycutt took on Monsanto chief Hugh Grant at the company’s Annual General Meeting – and won, winning 53% of the vote on a call for Monsanto to reform its practices and safeguard the health of millions of children exposed to its toxic products – and Roundup in particular. In her own words, this is what took place …

ACTION;  Write a letter to Melinda Gates , asking her to read, thru the eyes of a mother, the binder, containing reserach papers, records and testimonials , which Ms Honeycutt collected and presented to the Staff at the AGM.  That the content of the binder  be assessed and reviewed without bias , also making sure that the binder is not lost, misplaced or destroyed conveniently.

THe Gate Foundation  having its aim to improve the health and hunger situation of the world, should look closer to home to see how its investment is helping  or harming the  people of America. 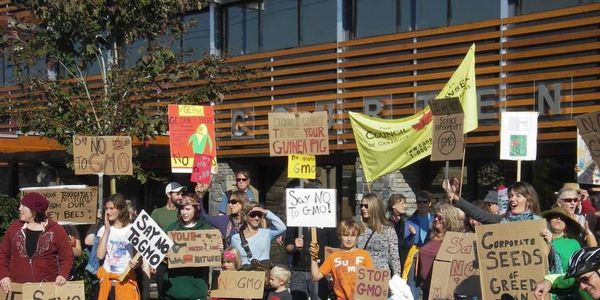 1. We know that genetically modified crops have never been tested in Canada for human safety. Results from Europe are showing that ingestion of these crops has been linked to kidney and liver damage

2. We know that the use of GMO corn, soy & canola have increased the use of pesticides and have caused the emergence of resistant weeds &insects

3. We know that Round-Up is not the benign pesticide that industry claims it is. The active ingredient, glyphosate, has been detected in human urine and has been linked to birth defects.

For all of these reasons, and many others, we ask that the Regional & Municipal governments support a resolution to ban the growing of genetically modified crops within the Comox Valley.

via Petition: Petition for a GE Free Comox Valley.

CBAN has been the  Canadian Think Tank for a sustainable food future , without GMOs.  2015 is chosen to  document, highlight and give a thoughtful  analysis about what has been happening in Canada. The Researh papers will be coming out each month so stayed tuned either with us  GE Free CV or at CBAN.ca.

GMOs have been in our food and environment in Canada for 20 years. It’s time to investigate their real impacts and risks.

You can also order postcards to spread the word! Click here to see the postcards. Contact us to order.

It’s been 20 years since the Canadian government approved the first genetically modified (GM) foods and crops, but critical questions about their impacts on our health, our environment, and our economy remain unanswered. Join CBAN over the course of 2015, as we dig into these important questions and investigate the real impacts and risks of genetically modified organisms (GMOs) in Canada.

Read more here about the questions we’re asking. You can also order copies of this booklet.Contact us.

Why the GMO Inquiry now?

After 20 years, we still have some major unanswered questions and we hear conflicting messages about the impacts and risks of GM crops and foods. Even though we still have important unanswered questions, the Canadian government could soon approve new GM foods, including the first-ever GM apple (this would be the first GM fruit grown in Canada) and the first GM food animal in the world (a GM salmon).

What are the real impacts of GMOs on our environment, on our food and farming systems, on our economy, and on our health? We want to know about the food we’re growing, buying and eating. We want to know who really benefits, and who pays the costs.

The Canadian government has not monitored or shared detailed information to answer our questions. It’s time to bring together research in Canada and from around the world, as well as the experiences of farmers in Canada and other countries, to shed light on the impacts of GMOs over the past two decades. It’s time to decide if we want GMOs in the future of our food and farms.

The GMO Inquiry 2015 is a project of the Canadian Biotechnology Action Network (CBAN). CBAN is a campaign coalition of 17 organizations that researches, monitors and raises awareness about issues relating to genetic engineering in food and farming. CBAN members include farmer associations, environmental and social justice organizations, and regional coalitions of grassroots groups. CBAN is a project of Tides Canada Initiatives.