Damage confirmedEarly studies of the impacts of neonicotinoid insecticides on insect pollinators indicated considerable harm. However, lingering criticism was that the studies did not represent field-realistic levels of the chemicals or prevailing environmental conditions. Two studies, conducted on different crops and on two continents, now substantiate that neonicotinoids diminish bee health (see the Perspective by Kerr). Tsvetkov et al. find that bees near corn crops are exposed to neonicotinoids for 3 to 4 months via nontarget pollen, resulting in decreased survival and immune responses, especially when coexposed to a commonly used agrochemical fungicide. Woodcock et al., in a multicounty experiment on rapeseed in Europe, find that neonicotinoid exposure from several nontarget sources reduces overwintering success and colony reproduction in both honeybees and wild bees. These field results confirm that neonicotinoids negatively affect pollinator health under realistic agricultural conditions. 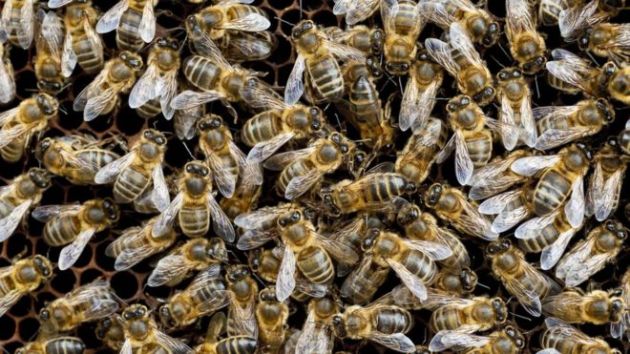 The most extensive study to date on neonicotinoid pesticides concludes that they harm both honeybees and wild bees.

The study spanned 2,000 hectares across the UK, Germany and Hungary and was set up to establish the “real-world” impacts of the pesticides.

The results are published in Science.

The Truth About Ensure

Ensure is a brand by Abbott that makes medical “nutritional shakes and drinks.” It makes big claims to customers such as “#1 Doctor Recommended”  and “Worldwide Leader in Nutritional Science” but in reality their products are as far away from a healthy meal as you can get. Sadly, these products are often given to patients in extremely poor health, who need proper nutrition the most. Instead, when consuming these products they are receiving the following: preservatives, fillers, and chemicals.

To make matters worse, Abbott Nutrition is a member of the notorious pro-GMO organization the Grocery Manufacturers Association, and to date has given nearly a million dollars to fight against GMO labeling in the United States.

Does this sound like the type of company whose products you should be feeding your loved ones? After you see these products and their ingredients you’ll have the answer.

Last week saw an important debate in the European Parliament on the health risks of glyphosate. One of the triggers for that debate, and for more in-depth Parliamentary inquiries that look set to follow, were revelations about Monsanto’s “war on science” published in the French daily paper Le Monde.

In Le Monde’s two-part investigation, the journalists Stéphane Foucart and Stéphane Horel detailed the different attacks that Monsanto has been waging on the World Health Organisation’s International Agency for Research on Cancer (IARC) – the body that set the cat among the pigeons by concluding that glyphosate was a probable carcinogen.

The severity, scale and duration of those attacks are unprecedented, according to IARC’s director. And they show no sign of abating any time soon. In fact, no sooner had Members of the European Parliament voiced their unhappiness with the re-approval process for glyphosate, than the news agency Reuters ran an article containing damning accusations against the man who chaired the IARC’s glyphosate review.

On Jun 16th, 2017, 14 farm organizations wrote to the federal Minister of Agriculture to repeat their joint call for the government to cancel variety registration for all GM alfalfa until a full economic impact assessment is conducted.

We invite all organizations, producer associations, companies and community groups to sign on to this letter.

Individuals can take action by visiting http://www.cban.ca/alfalfa.The text of the letter is below, followed by the form to sign on.

Have your say! – Canada.ca

Food matters. The decisions we make as individuals and as a country about food have a direct impact on our health, environment, economy, and communities. Working together, we can put more affordable, safe, healthy, food on tables across the country, while protecting the environment.

The Government of Canada is asking Canadians for their views on what should be included in A Food Policy for Canada.

Source: Have your say! – Canada.ca